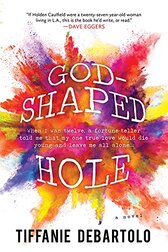 When I was twelve, a fortune teller told me that my one true love would die young and leave me all alone...
When Beatrice Jordan meets the unpredictable Jacob Grace, the two wild souls become instant allies. Together they discover an escape in each other's creativity and insecurities, while running from secrets they cannot seem to shake — or a fate that could throw them to the ground . . .
​

Books chosen for the list but not yet assigned a month:

Synopsis
Daphne Maritch doesn't quite know what to make of the heavily annotated high school yearbook she inherits from her mother, who held this relic dear. Too dear. The late June Winter Maritch was the teacher to whom the class of '68 had dedicated its yearbook, and in turn she went on to attend every reunion, scribbling notes and observations after each one—not always charitably—and noting who overstepped boundaries of many kinds.

In a fit of decluttering (the yearbook did not, Daphne concluded, "spark joy"), she discards it when she moves to a small New York City apartment. But when it's found in the recycling bin by a busybody neighbor/documentary filmmaker, the yearbook's mysteries—not to mention her own family's—take on a whole new urgency, and Daphne finds herself entangled in a series of events both poignant and absurd.

The Last House Guest
​By Megan Miranda
Synopsis
​
​Littleport, Maine is like two separate towns: a vacation paradise for wealthy holidaymakers and a simple harbour community for the residents who serve them. Friendships between locals and visitors are unheard of - but that's just what happened with Avery Greer and Sadie Loman.Each summer for a decade the girls are inseparable - until Sadie is found dead. When the police rule the death a suicide, Avery can't help but feel there are those in the community, including a local detective and Sadie's brother Parker, who blame her. Someone known more than they're saying, and Avery is intent on clearing her name before the facts get twisted against her.

Lilac Girls
​By Martha Hall Kelly
Synopsis
​
New York socialite Caroline Ferriday has her hands full with her post at the French consulate and a new love on the horizon. But Caroline’s world is forever changed when Hitler’s army invades Poland in September 1939—and then sets its sights on France.

An ocean away from Caroline, Kasia Kuzmerick, a Polish teenager, senses her carefree youth disappearing as she is drawn deeper into her role as courier for the underground resistance movement. In a tense atmosphere of watchful eyes and suspecting neighbors, one false move can have dire consequences.

For the ambitious young German doctor, Herta Oberheuser, an ad for a government medical position seems her ticket out of a desolate life. Once hired, though, she finds herself trapped in a male-dominated realm of Nazi secrets and power.

The lives of these three women are set on a collision course when the unthinkable happens and Kasia is sent to Ravensbrück, the notorious Nazi concentration camp for women. Their stories cross continents—from New York to Paris, Germany, and Poland—as Caroline and Kasia strive to bring justice to those whom history has forgotten. 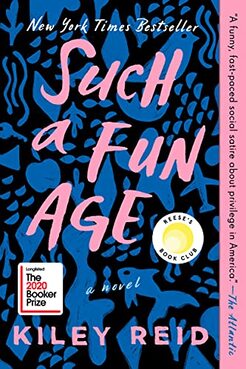 Such a Fun Age
​By Kiley Reid
Synopsis

Alix Chamberlain is a woman who gets what she wants and has made a living, with her confidence-driven brand, showing other women how to do the same. So she is shocked when her babysitter, Emira Tucker, is confronted while watching the Chamberlains' toddler one night, walking the aisles of their local high-end supermarket. The store's security guard, seeing a young black woman out late with a white child, accuses Emira of kidnapping two-year-old Briar. A small crowd gathers, a bystander films everything, and Emira is furious and humiliated. Alix resolves to make things right.

But Emira herself is aimless, broke, and wary of Alix's desire to help. At twenty-five, she is about to lose her health insurance and has no idea what to do with her life. When the video of Emira unearths someone from Alix's past, both women find themselves on a crash course that will upend everything they think they know about themselves, and each other.

With empathy and piercing social commentary, Such a Fun Age explores the stickiness of transactional relationships, what it means to make someone "family," and the complicated reality of being a grown up. It is a searing debut for our times. 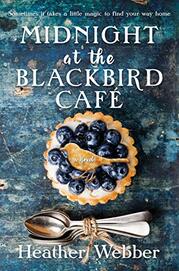 Midnight at the Blackbird Cafe
​By Heather Webber
Synopsis

Heather Webber's Midnight at the Blackbird Cafe is a captivating blend of magical realism, heartwarming romance, and small-town Southern charm.
Nestled in the mountain shadows of Alabama lies the little town of Wicklow. It is here that Anna Kate has returned to bury her beloved Granny Zee, owner of the Blackbird Café.

It was supposed to be a quick trip to close the café and settle her grandmother’s estate, but despite her best intentions to avoid forming ties or even getting to know her father’s side of the family, Anna Kate finds herself inexplicably drawn to the quirky Southern town her mother ran away from so many years ago, and the mysterious blackbird pie everybody can’t stop talking about.
​
As the truth about her past slowly becomes clear, Anna Kate will need to decide if this lone blackbird will finally be able to take her broken wings and fly.

*At the Publisher's request, kindle copies are being sold without Digital Rights Management Software (DRM) applied. 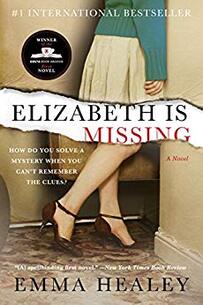 In this darkly riveting debut novel—an elderly woman descending into dementia embarks on a desperate quest to find the best friend she believes has disappeared, and her search for the truth will go back decades and have shattering consequences.
Maud, an aging grandmother, is slowly losing her memory—and her grip on everyday life. Yet she refuses to forget her best friend Elizabeth, whom she is convinced is missing and in terrible danger. But no one will listen to Maud—not her frustrated daughter, Helen, not her caretakers, not the police, and especially not Elizabeth’s mercurial son, Peter. Armed with handwritten notes she leaves for herself and an overwhelming feeling that Elizabeth needs her help, Maud resolves to discover the truth and save her beloved friend.  This singular obsession forms a cornerstone of Maud’s rapidly dissolving present. But the clues she discovers seem only to lead her deeper into her past, to another unsolved disappearance: her sister, Sukey, who vanished shortly after World War II.
As vivid memories of a tragedy that occurred more fifty years ago come flooding back, Maud discovers new momentum in her search for her friend. Could the mystery of Sukey’s disappearance hold the key to finding Elizabeth?

The Way I Used to Be
​By Amber Smith
Synopsis

In the tradition of Speak, this extraordinary debut novel “is a poignant book that realistically looks at the lasting effects of trauma on love, relationships, and life” (School Library Journal, starred review).

Eden was always good at being good. Starting high school didn’t change who she was. But the night her brother’s best friend rapes her, Eden’s world capsizes.

What was once simple, is now complex. What Eden once loved—who she once loved—she now hates. What she thought she knew to be true, is now lies. Nothing makes sense anymore, and she knows she’s supposed to tell someone what happened but she can’t. So she buries it instead. And she buries the way she used to be.

Told in four parts—freshman, sophomore, junior, and senior year—this provocative debut reveals the deep cuts of trauma. But it also demonstrates one young woman’s strength as she navigates the disappointment and unbearable pains of adolescence, of first love and first heartbreak, of friendships broken and rebuilt, all while learning to embrace the power of survival she never knew she had hidden within her heart. 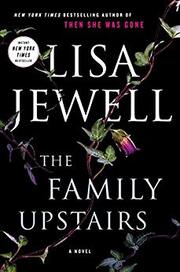 Be careful who you let in.

Soon after her twenty-fifth birthday, Libby Jones returns home from work to find the letter she’s been waiting for her entire life. She rips it open with one driving thought: I am finally going to know who I am.

She soon learns not only the identity of her birth parents, but also that she is the sole inheritor of their abandoned mansion on the banks of the Thames in London’s fashionable Chelsea neighborhood, worth millions. Everything in Libby’s life is about to change. But what she can’t possibly know is that others have been waiting for this day as well—and she is on a collision course to meet them.

Twenty-five years ago, police were called to 16 Cheyne Walk with reports of a baby crying. When they arrived, they found a healthy ten-month-old happily cooing in her crib in the bedroom. Downstairs in the kitchen lay three dead bodies, all dressed in black, next to a hastily scrawled note. And the four other children reported to live at Cheyne Walk were gone.

In The Family Upstairs, the master of “bone-chilling suspense” (People) brings us the can’t-look-away story of three entangled families living in a house with the darkest of secrets.applied.